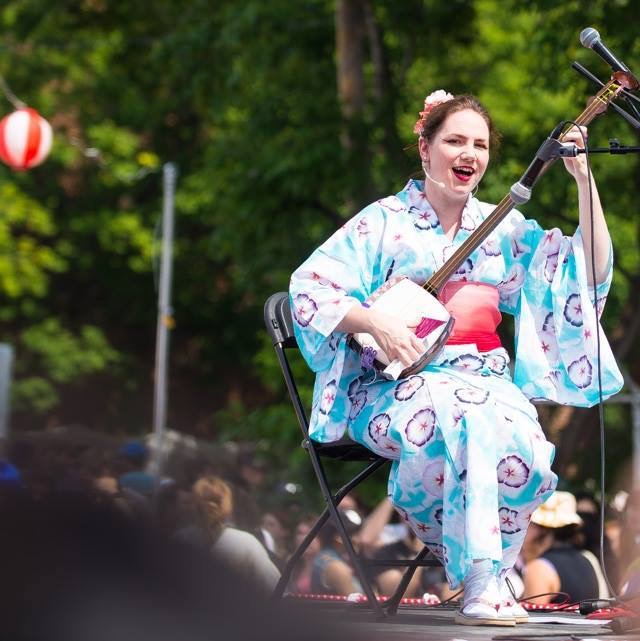 “It is during one of my trips to Japan in 2014 that I got my very first shamisen and I began to learn as a self-taught musician. I already had experience with string instruments with my studies in classical guitar. But there are many differences between the two instruments whether it is about the technique or with the kind of music which is played on it.”

In June 2017, she travels to Japan and begin taking lessons to learn more and improve her playing of various styles of music on the shamisen. She worked with many professional musicians such as Reigen Fujii, Kikunori Muramatsu, Masahiro Nitta, Kevin Masaya Kmetz, Philip Flavin, Shamimaster Shishido.

More recently, she took some private lessons with Hiromitsu Agatsuma during the Summer Taiko Intensive 2018 in Honolulu.