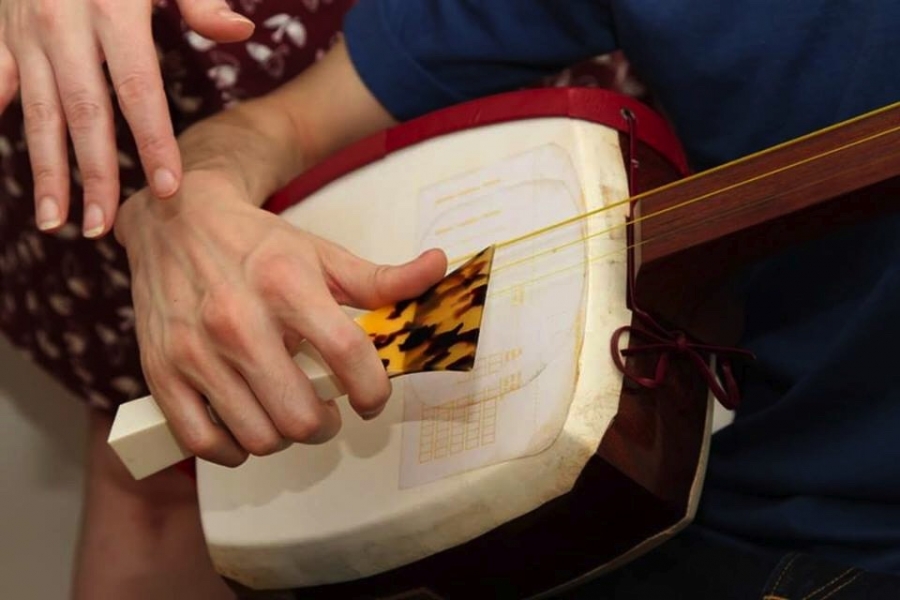 Despite the fact that shamisen has an important place in Japanese traditional music, this instrument is almost unknown in Québec. Yet, with such a unique sound and such rich cultural and artistic history, it deserves to be known.

What makes his sound so unique is done by something called the “Sawari”. It is a kind of screw that can be adjusted in order to get a vibration that resembles the sound of the indian sitar. Another element that makes his sound so unique comes from the peculiar percussive technique used in the Tsugaru style of playing. The name for this style comes from the name of the area it was born in Northern Japan.

Not only can we use the shamisen for Japanese traditional music but we can also play various musical styles such as indian music, flamenco, jazz, rock, etc..

The idea of MTL Shamisen Project is born in 2014 but the workshops began in 2016, with the support of the Japanese Canadian Cultural Center of Montreal.